Current Chinese historian from the Chinese Academy of Sciences, Professor Li Bocong  (李伯聪 ), who has studied the life and work of Bian Que in his writing “Doctor Bian Que and Research of His School“ (扁鹊与扁鹊学派研究) confirms that the school of Bian Que had its own medical canon / treatise works and background. 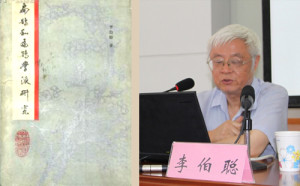 Classical works from the time of Chinese antiquity known under names  “Canon on Difficult Issues“ (1) and “Central Treasury Canon” (2) do not come from the authors of the  “Canon of the Yellow Emperor on Internal Issues“ (Huang di nei jing / 黄帝内经 ). They are works of the authors belonging to the school of Bian Que.

It includes 81 issues / questions fro which it provides answers. In historical sources it is sometimes also known as “Canon of  81 Difficult Questions“ (Bashiyi nan jing / 八十一难经 ). It is a theoretical work of Chinese medicine conveying elaborated theory in the area of difficulties of study of the pulse, energy channels, internal organs, refractory diseases, bioactive points and acupuncture.

(2) “Central Tresury Canon“ (Hua shi zhong zang jing / 华氏中藏经) is a comprehensive work of clinical medicine, its author is a famous specialist of the Bian Que school – doctor Hua Tuo. He describes the yin-yang theory  ( 阴阳 ) as a basis for functioing of the nature and the Universe.

The roots of Image Medicine stem from the school of Bian Que which it is necessary to understand. In the writing of Li Bocong “Doctor Bian Que and Research of His School“ it is further stated that significant doctors of dynasty Han – Cang Gong ( 仓公 ) and Hua Tuo were erudites belonging to the school of Bian Que. 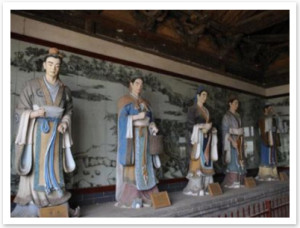 The author in his work carried out the research of the school of Bian Que from the point of view of history, medicine and literary rhetoric. The book provides a deep and authentic analysis and it is an influential disciplinary work in its area of science.

Congenital image thinking used in the school of Bian Que and currently in Image Medicine is also described by graduate of the Beijing University, staff of the Department of Philosophy of Research Institute of Social Sciences of China, Professor Wang Shuren (王树人 ) who is an author of the book “Return to original thinking: Image Thinking as a Perspective of Chinese Wisdom“ 《回归原创之思: “象思维”视野下的中国智慧》.

He established that on the basis of the Image from the Pulse it is possible to diagnose the cause of the illness, its epicentre and related details, thus confirming the above mentioned accuracy of diagnostics by means of this method. 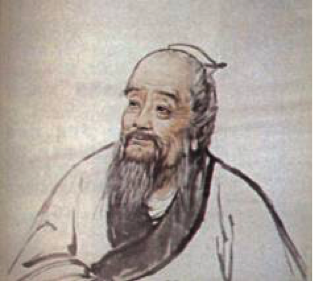